I’m excited to announce the new release of sister Rose (published by The Wild Rose Press) Tamela Miles. Isn’t this cover beautiful? Maraschino Marriage Pact is part of our publisher’s One Scoop or Two series, and it sounds like a great addition!  Here’s a little about the story:

Mikayla DiAngelis has spent the past two years traveling the world and avoiding the demands of her overbearing warlock father. A confusing kiss from her former bodyguard is yet another reason for her to stay two steps ahead on the run.

Warlock bodyguard Austin Luca will stop at nothing to bring Mikayla home. His loyalty belongs to her family, but his heart belongs to her, even though he has ties that bind him to his own family responsibilities.

Their encounter was inevitable, and Mikayla is soon caught up in Austin’s passion and the world she vowed to leave behind. Will surrendering to her former protector cost her the freedom she needs?

“You know better than to use your magick in public, Mikayla. What if I was some ordinary human passerby?”

Mikayla froze midmotion. That deep, amused drawl had been with her since she was a child. She slowly turned around, scowling. “I knew I shouldn’t have come back here for the summer. Am I that obvious, Austin?”

The tall, leanly muscled man with straight dark hair and piercing chocolate-brown eyes shrugged, a small smile playing on his lips. “I lost track of you last year in Rome. Kudos for managing to give me the slip, considering I taught you every trick you know. I bet on your sentimentality about this place bringing you back.” He gestured at the skimpy black sundress she wore. “You’re looking well.”

She nodded. “Thank you. You haven’t changed. You never do. Why can’t every warlock age as gracefully as you do?” Sighing heavily, she placed her hands on her hips. “If you tell me again to come home, I’m hopping off this pier.”

His face shuttered. “I have news about your family, Mikayla. This time, it’s serious.”

Tamela Miles is a school psychologist with Ed.S and PPS credential and a graduate of California State University San Bernardino and California State University Dominguez Hills. She is also a former flight attendant. She grew up in Altadena, California in that tumultuous time known as the 1980s. She now resides with her family in the Inland Empire, CA. She’s a horror/paranormal romance writer mainly because it feels so good having her characters do bad things and, later, pondering what makes them so bad and why they can never seem to change their wicked ways.

She enjoys emails from people who like her work. In fact, she loves emails. She can be contacted at tamelamiles@yahoo.com or her Facebook page, Tamela Miles Books. She also welcomes reader reviews and enjoys the feedback from people who love to read as much as she does. 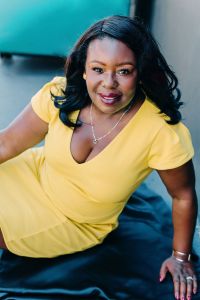