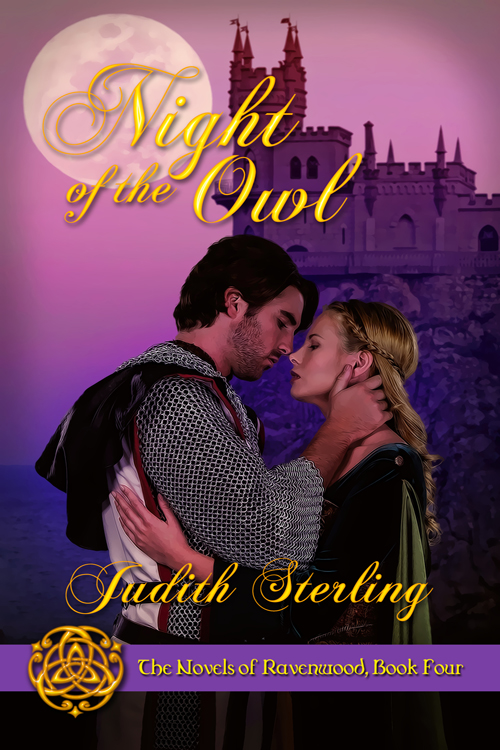 I can finally reveal the cover for the book I finished writing in January! A big thanks to cover artist Debbie Taylor.  Here’s the scoop on the story itself:

PhD student Ardyth Nightshade has renounced men and pursues her twentieth-century career with single-minded focus. When fate whisks her to medieval England, she meets her match in a man whose passions mirror her own. Can she sacrifice ambition for a love she never sought?

Hugh, Lord Seacrest confounds all who know him. He refuses to marry without a meeting of minds and hearts, and no lady has even approached his ideal…until Ardyth. But she’s an odd one, with unique skills, shocking habits, and total conviction she needs no man. She also harbors secrets, and in the midst of rumors, plots, and murder, trust is fragile.

A woman outside of her time. A man ahead of his. They must take a leap of faith to forge a bond that will shape history.

I should have a release date soon, and I’m currently writing the fifth and final book in the series, Return of the Raven.  Time travel features largely in that one, too.

Well, that’s all for now.  Wishing you a beautiful Thursday!  🙂

2 thoughts on “Cover Reveal ~ NIGHT OF THE OWL”