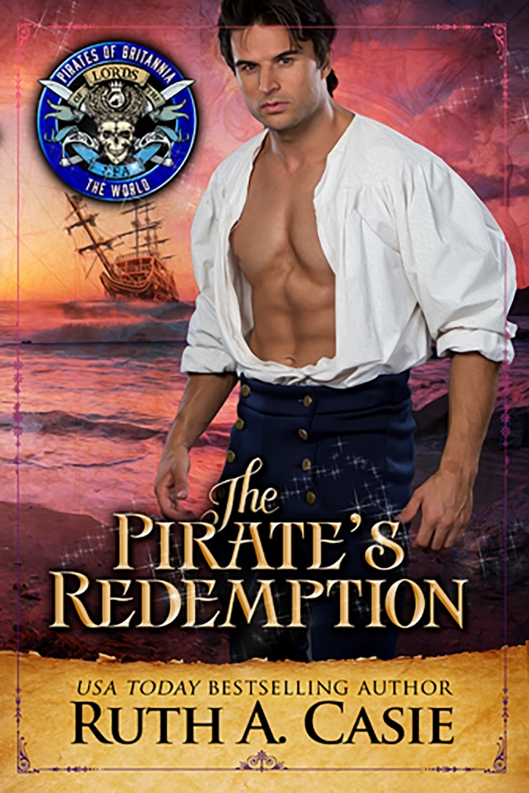 Welcome back to Medieval Monday!  Our theme of “Celebrations” continues, and today I’m featuring Ruth A. Casie’s The Pirate’s Redemption.

If you’re following my excerpt from Night of the Owl, you can find the fourth snippet on Ruth’s blog: http://www.RuthACasie.blogspot.com

“In truth, I had to move you off the ship. If you licked your lips again, I’d never let you leave.” Gareth bent down and kissed her softly.

Her heart nearly burst. She put her hands on either side of his face, pulled him closer, and kissed him back.

“If ye kept yer shirt off, ye wouldna have been able ta make me leave.” She clamped her hands over her mouth. She was the chieftain of Clan MacDougall.

A look of surprise spread across his face. Moira wondered why, until Gareth threw back his head and burst into laughter.

Follow along next week (December 16) for snippet #5 here: https://www.cathymacraeauthor.com

Please leave a comment below. Miss last week and a chance to comment? Check it out here: http://lanemcfarland.com/blog/

A little more about The Pirate’s Redemption:

After her beloved father dies, Moira MacDougall becomes chieftain of their small clan. She is tested on every level, not only by her councilors who question her every move, but also by an exiled Englishman who raids her village under the guise of a notorious pirate, Gareth Talbot.

He wants the secret weapon Moira possesses, and will do anything to get his hands on it—including committing murder so he can give it to King Henry to prove his worthiness and be welcomed home.

Moira will follow her destiny and do whatever is necessary to protect her clan.

The real Gareth Talbot is through with love. His last romance did not end well. He suffered a broken heart and doesn’t trust women.

Humiliated, Gareth goes to sea and becomes a captain for MacAlpin, the pirate king. When raids along the Scottish coast are blamed on him, he seeks revenge. Nothing less than death will do.

Moira and Gareth are on different missions but seek the same goal. Can they work together and eliminate their greatest enemy, and in the process, find the one thing they didn’t know they were searching for, true love?

Where to buy the book: