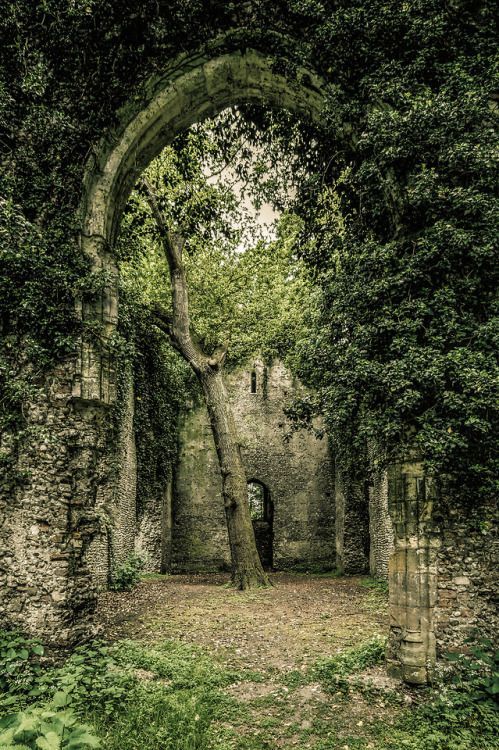 Happy St. Patrick’s Day! Will you be celebrating? I will with my family tonight. Until then, I’ll spend the day deep in Irish lore, writing more of The Spear Alight, the last book in my Guardians of Erin series. I’ll also be making soda bread. Yum!

Remember, the first three books in the series are on sale for 99 cents apiece. If you’re longing to travel to the Emerald Isle, here’s your chance to go in spirit.

Have a lovely, magical day!  🙂

N. N. Light’s Book Heaven has created a Booklovers’ Pot o’ Gold event, and I’m excited to have my book, The Sword Unsheathed, as part of it! One lucky reader will win a copy of every featured book, and today, mine is in the spotlight. Check it out here!

Enter to win the e-book bundle of 23 books here! The giveaway is open internationally and runs through March 21. A winner will be chosen on March 22. Good luck!

In related news, the first three books in my Guardians of Erin series are now on sale for 99 cents. With St. Patrick’s Day approaching, there’s never been a better time to lose yourself in the magic and beauty of Ireland. As for me, I’m deep into the creation of the fourth and final book in the series, The Spear Alight. 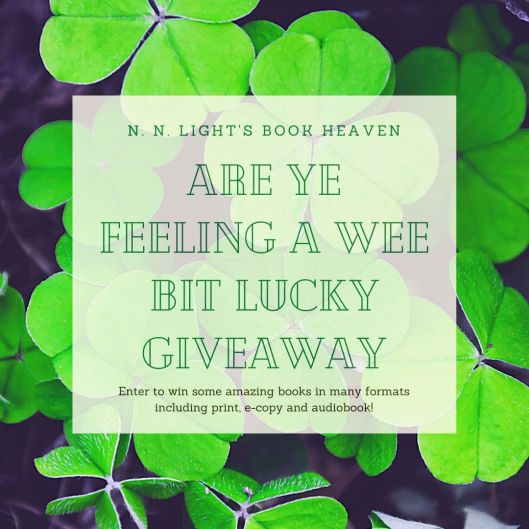 Feeling lucky? Here’s a chance to win some bookish treasure! I’ve teamed up with 46 authors for this event, and the prizes include Amazon gift cards, e-books, autographed paperbacks, and audiobooks. Because my Guardians of Erin series takes place in Ireland, it’s perfect for this giveaway. You could win the audiobooks of The Cauldron Stirred and The Stone Awakened, plus an e-copy of The Sword Unsheathed. 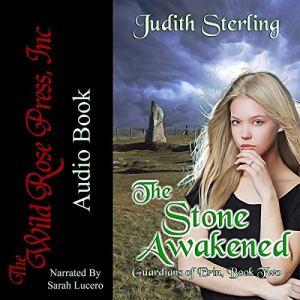 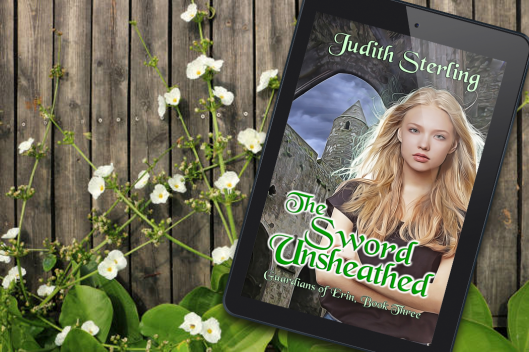 You can find all of the prizes listed here. If there are any in particular you’d like, be sure to mention them when you enter here. The giveaway runs through March 31, 2021. Good luck!

HAPPY ST. PATRICK’S DAY!!!  If you love Ireland as much as I do, you might want to check in with the Booklovers’ Pot o’ Gold Event on N. N. Light’s Book Heaven, where several novels showcasing the Emerald Isle await.  My second young adult book, The Stone Awakened, is one of them.  Read an excerpt and see why it and the other featured books are must-reads for those smitten with Ireland.

Remember to enter the giveaway.  You might win an e-book bundle of all 17 books featured in the event!  The winner’s name will be drawn on March 23, 2020.  Good luck, and have a lovely St. Patrick’s Day. 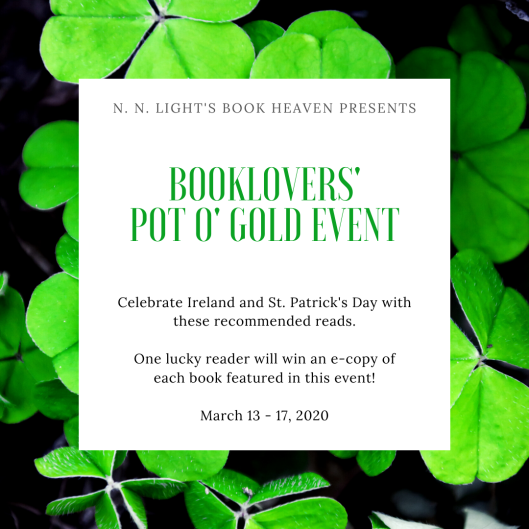 N. N. Light’s Book Heaven has cooked up a special giveaway in honor of St. Patrick’s Day.  Over the next few days, they’re featuring 17 books which feature–or take place in–Ireland.  The Stone Awakened (the second book in my young adult paranormal fantasy series, Guardians of Erin) will be spotlighted on St. Patrick’s Day itself.

One lucky winner will win all 17 books featured.  Visit the event here!

Enter to win here.  May the luck of the Irish smile upon you! 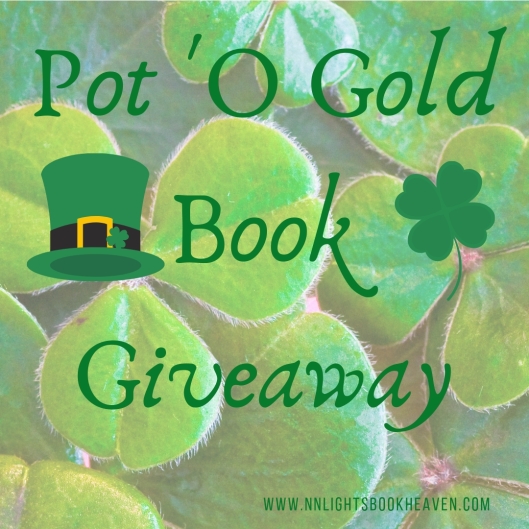 St. Patrick’s Day is just around the corner, and I’m teaming up with other award-winning and bestselling authors for this golden giveaway on N. N. Light’s Book Heaven. My second medieval romance, Soul of the Wolf, is one of the prizes! 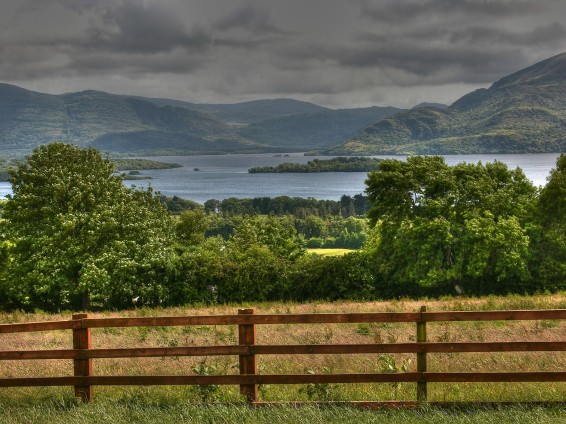 Happy St. Patrick’s Day!  Thanks to my Irish heritage and undying love for the Emerald Isle, it’s a special day for my family.  Whether or not you celebrate it, I hope you enjoy the day!

By the way, if you love Ireland as much as I do, there’s still time to enter the Goodreads giveaway to win a signed copy of The Cauldron Stirred, my young adult paranormal fantasy.  It’s set in Killarney, one of my favorite places in the world!  And I’m almost finished writing the sequel, The Stone Awakened.  Here’s the link:

Now, how about an excerpt?  The American protagonist is Ashling Donoghue, and her first night in Ireland, she has a vivid dream:

I soared above a silver lake, on which a lone, white swan glided toward shore. I drifted down and behind the bird until, with a sudden acceleration, we became one. As we merged, a cloak of serenity settled around me. Grace was my guide, and I felt freer than ever before.

On the shore ahead, Aengus materialized. He seemed a beacon of love and truth, of all things good in the world. I longed to be near him and swam faster to cut the distance between us.

A loud snap sounded in the woods behind him. Instantly, he vanished.

A misty black mass slithered around the tree trunks and stopped at the edge of the forest. Framed by two trees, it writhed upward into the shape of a tall, thin woman. Her skin was ghoulishly pale; her lips, colorless. Still, she might’ve been beautiful, if not for the evil that oozed from her core. Both her hair and gown were long and black, and they floated on the air as though animated by wind that touched only her.

The sight of her jolted me out of the swan’s body and back into the air above it. Fear coiled around me as I stared into the woman’s stygian black eyes.

She smirked. Then a single emotion subdued her features: hate.

Last time, I brought you along for the ghost hunt on my first trip to Ireland.   There are more stories where that came from!  My Irish cousins shared a wealth of information about my great-grandfather, Michael Patrick—who emigrated from Ireland in 1914—and his siblings.  Through fortune and loss, the family became fast friends with Irish luck.  One example concerned Michael’s brother, who missed his boat to America (the Titanic) but arrived unscathed on the Lusitania.

Luck was one thing.  What really intrigued me was the revelation that our family had encountered the supernatural on both sides of the Atlantic.  I’d had experiences my whole life, but they didn’t start with me.  Here are three which occurred long before I was born.

(1) Michael’s sister, Brigit, was promised to a young man who immigrated to America.  As soon as he saved enough money to set up house, she was to join him.  But once he left, she moved to Dublin, “took up with” a bricklayer, and became pregnant.  Nine months later, she was back home and in the throes of childbirth.  The doctor delivered a healthy baby, then headed off into the night.  A short while later, pain seized Brigit, and contractions began anew.  A second baby was born without the doctor’s aid.  Brigit died soon afterward.

In America that same night, her betrothed awoke and bolted upright.  Brigit stood at the foot of his bed, staring down at him.  She held his gaze for maybe a minute, then disappeared.

The next day, he sent a transatlantic cable to her family, relating the event and asking if she was all right.  They were as shocked by his account as he was by her death.

(2) One night, Michael and his mates were enjoying a round of drinks at the pub.  The door swung open, and another friend burst into the room.  He was wild-eyed, drawn, and out of breath.  Michael ushered him to their table.

The friend dropped onto a chair and raked a hand through his hair.  He glanced over his shoulder, then blurted out his tale.  He hadn’t slept for days.  He’d stolen the golden comb from a banshee, and now she chased him to reclaim it.

The group exchanged dubious looks and scratched their heads…until the man opened his coat.  Popping up from the inside pocket was a sparkling, gold comb.

He jumped up from his chair.  “Did ye hear that?”

The others shook their heads.

The next morning, he was found dead, spread out on his back, fully dressed, atop his perfectly made bed.  His coat lay open, and his attire was the same as the previous evening in all ways but one.  The golden comb was gone.

Tradition holds that banshees attract humans with gold or silver combs.  Then the banshee spirits the person away to another dimension…which is a pretty accurate description of death.

(3) One soft night, while still in Ireland, Michael plodded home.  The street was deserted until a “little man” appeared atop the stone wall and padded toward him.  A chill ran down Michael’s spine; something wasn’t right.  He averted his gaze.  A moment later, he felt compelled to look up.  The man was gone.  Then a flicker of movement across the road caught his eye.

There, on the opposite stone wall, stood the little man.  He’d traversed the distance in the blink of an eye.  He stared at Michael, who avoided his gaze again.  Seconds later, Michael glanced his way, but the man had vanished for good.

My great-grandfather had no doubt he’d seen a leprechaun.  According to legend, if you keep your eye on one, he can’t escape, but the minute you look away, he disappears.  That encounter stayed with Michael the rest of his life, and his eyes sparkled as he shared it with his grandson, my dad, who later shared it with me.

Is it any wonder a leprechaun pops up in my Guardians of Erin series?  It’s a way to honor Michael’s memory, and it’s just plain fun!  I recently turned in the edits of The Cauldron Stirred (Book One of the series) to my editor.  I’ll keep you in the loop as the book heads toward publication.  Happy St. Patrick’s Day!