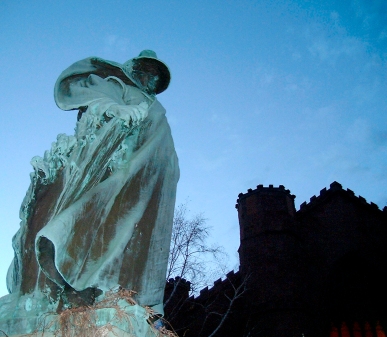 Welcome back to Phantasmic Friday! Here in Salem, Massachusetts, “Haunted Happenings”–our month-long celebration of Halloween–is in full swing. I doubt Salem’s founder, Roger Conant (pictured above, in front of the Salem Witch Museum) would approve, but those of us who love Halloween and/or the paranormal have a lot of fun! In that spirit, let’s journey back to my college years for today’s true story.

As an undergraduate, I studied one semester in London. I dove into life in that venerable city and bonded right away with my two roommates. We and our fellow students lived in a Victorian hotel in South Kensington, which also provided classrooms and a baptism-by-fire acquaintance with English plumbing. 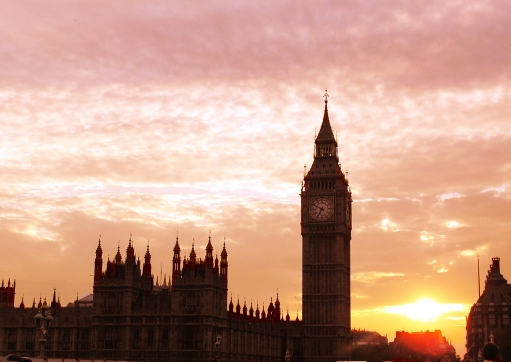 The bathroom adjoining our room was a boon, but it was also the lair of the “toilet monster.” Out of the blue, said toilet emitted thunderous, tortured gurgles that begged our attention day and night. During the day, the toilet monster was harmless; at worst, a disturber of the peace. At night, it creeped out the roommate who slept closest to it and often wrenched me from my dreams. Or perhaps there was another culprit.

Once awake, I sat up in bed and squinted into the darkness. Someone unseen watched us. The presence was male, and I sensed he’d lived in an earlier time, closer to when the hotel was built. Sometimes he stood in our room, most often at the foot of my bed or near the bathroom; other times, he lurked just outside the door. His location was as clear to me as if I’d seen it.

Halfway through the semester, another student—who had no idea what I’d experienced and whose room was directly across the hall from ours— shared his own encounter. He woke in the middle of the night to find a 19th-century soldier standing at the foot of his bed, staring at him.

I was certain our neighbor saw what I’d repeatedly sensed. Intrigued, I researched the street where we lived. A few doors down, in 1926, one of England’s first paranormal investigators established the National Library of Psychical Research, where mediums were scientifically tested during numerous séances. Closer still was the home of a 19th-century lieutenant colonel who died under suspicious circumstances.

Did activities in the ghost hunter’s lab become a beacon for stray souls? Was the soldier one of them? Perhaps it was he who wandered the halls—and our rooms—as we slept.

In my YA paranormal fantasy, The Cauldron Stirred, the protagonist’s father is a paranormal investigator (in this century, though!). His family joins in the hunt for Irish ghosts in the ruins of a medieval castle and on the shores of Lough Leane. The story’s climax occurs on Halloween to boot!  🙂 If that sounds like something “up your alley,” check it out! 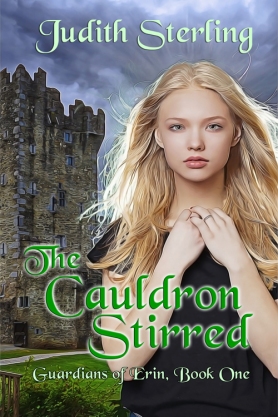 Buy at The Wild Rose Press

Buy at Barnes and Noble