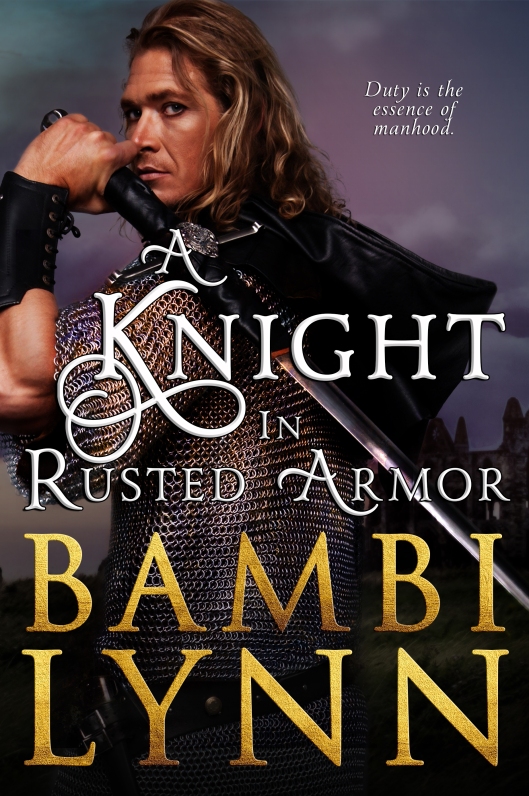 Welcome back to Medieval Monday! Our “First Kiss” theme continues, and today, I’m featuring the multi-talented Bambi Lynn and her Knight in Rusted Armor. Don’t you love that title?

If you’re following my excerpt from Return of the Raven, you can find Snippet #2 on Bambi’s blog. Remember, you’ll find links to all the participating authors’ snippets at Medieval Romance Lovers on Facebook. (#MedMonSpring21)

Thorin’s bay had much more speed and the distance between them was soon diminished. Thorin lashed out with his lance. On the first try, he nicked the man’s elbow. His horse swerved just in time to miss Duhurst as he once again fell into the dirt.

Infuriated, Thorin sailed from his horse and stormed over to where Lord Duhurst lay flat on his back. Barely straining against the weight, Thorin jerked him up by his armor, snatching his helmet off in the process. He balled up his fist as best he could with the metal gauntlet covering his hand. As he poised to berate the man for his cowardice, he realized the crowd had come to its feet.

A little more about Knight in Rusted Armor:

Allys Stone would risk repute as a ruined woman to gain control of her life. Thorin Svenson would battle the most skilled knights in the realm to win her. Theirs is a love story of fairy tales and wild passion, a battle of wills as well as brawn.

Allys wants to choose her own husband, one who loves life and laughter as much as she does. One who considers her a partner instead of a possession. She has never had any choice but to live by her father’s decisions, and now he’s offering her as grand prize in a tournament.

Thorin must win the hand of a nobleman’s daughter to regain the wealth and position of his family. Consumed by guilt, he will risk his very life to win. Not even her attempts to sabotage his victory will get in his way.

That’s all for this Medieval Monday. See you next week!  🙂