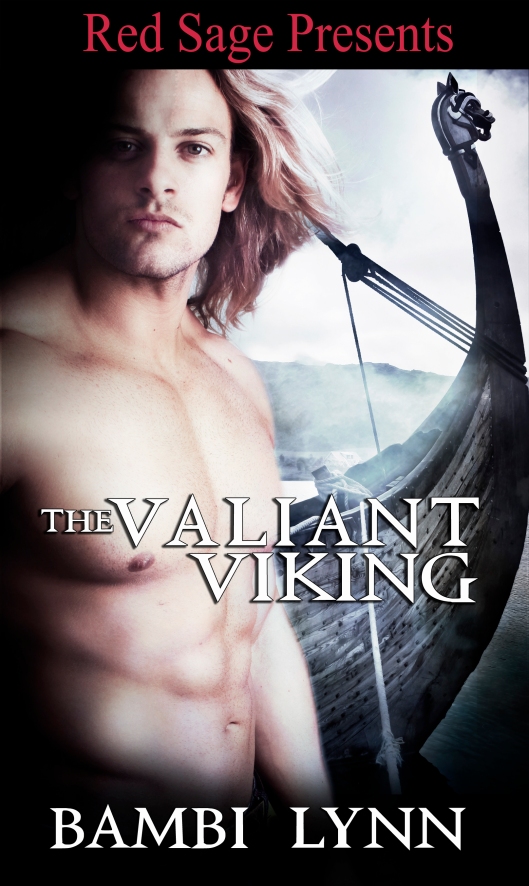 Welcome back to Medieval Monday! Our theme of “Bad Guys” continues, and today I’m featuring the inimitable Bambi Lynn’s work, The Valiant Viking.

If you’re following my excerpt from Shadow of the Swan, you can find the second snippet on Bambi’s blog. Remember to leave a comment there for a chance to win digital copies of the first three books in The Novels of Ravenwood series! Here’s the link: www.bambilynnblog.wordpress.com

She recognized Rolf’s voice and tried to snatch away from her captor’s meaty fist as he approached them. Red gripped her arm in a vice so strong she feared the bone would snap.

“I thought you had turned tail and sailed for home.” He stopped before them, effortlessly hauling a struggling Wulf. Her baby brother’s hands were tied behind him, or he might have been too much for a man of lesser strength than Rolf.

“Rolf Bloodhands. We thought you perished with the rest of the king’s crew.”

Kaylla did not miss the clench of Rolf’s fists, the flush of his cheeks. Still, he kept his tone light.

He handed Wulf off to Stumpy. “Stake your claim as you will, but put the boy with the others.”

A little more about The Valiant Viking:

Can a foundering seaside village survive the onslaught of marauding Vikings bearing down on them?

Desperate to save her village from a band of Norsemen sweeping down the coastline, Kaylla catches her first ray of hope when she discovers one of the pillaging heathens washed ashore. Perhaps they can use this captive to bargain for the safety of their village. Rolf Bloodhands, sole survivor of a traitorous attack on his king’s fleet, assures her that his kinsmen will not spare the easy conquest of their waning village for the life of one man. Instead he teaches them the basics of defense and combat with the meager weapons they have available. If they fail to stave off the invaders, the few villagers left will either be killed or enslaved.

With only two days to prepare for an invasion sure to decimate her village, Kaylla is shocked by her attraction to the hunky Norseman she has enslaved. Who knew fear of imminent death could drive an innocent woman to explore the oldest sins known to man.

Buy the book on Amazon!