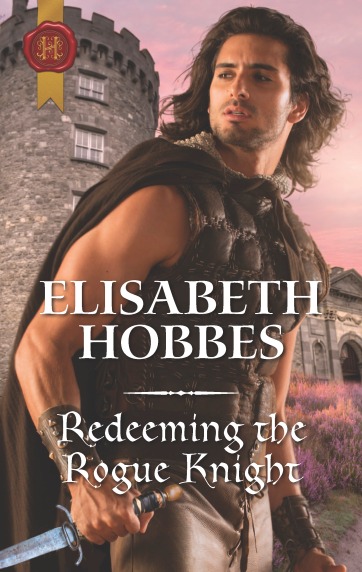 Welcome back to Medieval Monday and Week Twelve of our “First Encounter” theme!

If you’re following the moment when my hero and heroine first meet in Soul of the Wolf, you can find the twelfth snippet on Elisabeth Hobbes’ blog: www.ElisabethHobbes.co.uk

But let’s focus on Elisabeth’s twelfth snippet from Redeeming the Rogue Knight:

‘Where are you going?’ she asked, alarmed at the prospect of being left alone with the man who had earlier appeared intent on violating her. The word we did not give her any comfort either.

‘You heard what he said. I must hide our horses. We are being hunted. I’ll explain properly later.’ Thomas gazed around frantically as if expecting assailants to appear from the wooden chest at the foot of the bed or behind the open door. He lumbered out, pulling the door shut.

‘What is this place called?’

The man on the bed had spoken, his voice rough and rasping.

See what happens next on Sherry Ewing’s blog on Monday, October 30!  Here’s the link:  https://sherryewing.com/blog/

A little more about Redeeming the Rogue Knight:

The spy who sought refuge…

When injured spy Sir Roger Danby comes asking for shelter at her inn, Lucy Carew is wary. He may be strikingly handsome, but the disgraced single mother has learnt the hard way with men like him. Against her better judgement, she gives him refuge.

Sir Roger has never been at the mercy of a woman before, and he’s never met one as mysterious and bewitching as Lucy. He hasn’t come looking for redemption, but Lucy is a woman who could reach in and touch his closely guarded heart…